Stan Lee and His Amazing “Friends” For those that love comic books and superheroes, the name Stan Lee inspires awe and wonder. Before he was making little cameos in Marvel films, he had a hand in creating some of the most iconic and well known characters that the world has ever known. I always remembered him as the narrator from one of my favorite cartoons growing up, Spider-Man and His Amazing Friends. Back then while I was watching them as a kid, I had no idea about Lee’s contributions to the Marvel universe.

In the Beginning
Stan Lee was born on December 28, 1922, although, his name was not listed on his birth certificate as the name we all know and love. He was named Stanley Martin Lieber. His family had it a bit rough during the Great Depression. His father could not find steady work and they moved around a bit. In fact, his parents would sleep on the couch every night and let Lee and his brother have the bedroom. But through all this, Lee was still able to graduate from high school when he was only 16 and a half. His first big break came when his uncle helped him get a job as an assistant in 1939 at Timely Comics. Who knew at the time what would transpire because of this? Perhaps Marvel should make another “What If” comic like they used to and look into what would have happened if Stan Lee had not been hired on that day as a lowly assistant. His job was to make sure the ink bottles were full, did proofreading here and there, ran out and got them all lunch, and erased pencil marks from the finished comic book pages. It was not the brightest beginning, but we all have to start somewhere.

At the age of 19, Lee was made the interim editor after Joe Simon and Jack Kirby decided to quit. Lee impressed the publisher with his business sense and tenacity. Eventually, Lee would become the publisher himself in 1972. About 20 years after Lee had first joined Timely Comics and after many name changes, it was finally renamed into the legendary Marvel Comics. Lee has been working for Marvel for about 80 years now.

His Accomplishments
Lee was frustrated a bit with his career and felt it was not going anywhere in the 1950s. He considered quitting the industry altogether. Again, a “What If” moment. Most of the comics they were producing were of the humorous variety, but DC Comics had quite a bit of success going with their superheroes, so the future Marvel decided to jump on board. The publisher asked Lee to come up with a superhero team. He had nothing to lose since he was planning on quitting anyway, so he decided to have a bit of fun with it.

He set out on creating superheroes that he wanted to read about, ones with typical problems that most of us face. Lee made the superheroes more human instead of gods. Lee worked with Jack Kirby in creating the Fantastic Four first. Interestingly enough, Kirby had first introduced these characters in a DC Comics issue called Challengers of the Unknown. Wouldn’t it be a bit strange to have the Fantastic Four in the DC universe? 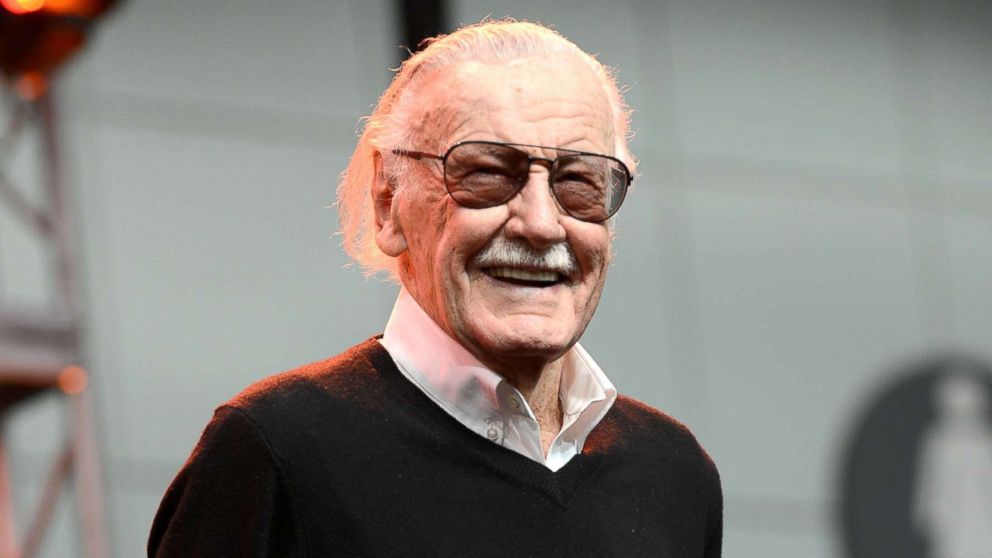 The Fantastic Four took off and kept growing in popularity. They were inspired by the success and Lee worked with Kirby again and created the Hulk, Thor, Iron Man, and the X-Men. Lee next worked with Bill Everett and came up the Daredevil character. Finally, with Steve Ditko, he created Spider-Man, perhaps the most well known character. He also produced Doctor Strange and brought back characters from the 1940s like Captain America and Sub-Mariner.

You would be hard pressed to find someone that has made a bigger impact in the comic universe as Stan Lee. His image is almost as identifiable as the characters he helped create in Marvel Comics. He is 95 years old now, so enjoy him while you can. His wife died last year, he has put trust in people that he shouldn’t have, and there are those that are picking apart his fortune. Be sure to loudly cheer in the theater when he has his short one line cameo in the upcoming Marvel movies. Just like the rest of us, he won’t be around forever. As Lee would often say, “Excelsior!” As it meant to him onward and upward to greater glory.